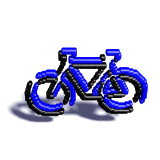 In 1994 I build a large carrying-bicycle following an instruction by Christian Kuhtz (Einfälle statt Abfälle, Lastenfahrräder, ISBN 3-924038-02-3) the construction was mechanically very stable and easy to drive, only driving curves took much room.

The wheelbase was 2.50m, the weight about 40 kg, but you could reduce this by building it lighter and reducing the length.

The weak point in the construction was the front part from an ordinary bike. It could not stand the stress because most of the weight was on the front wheel when driving without additional load while it is the other way round at a normal bicycle.

For building this bicycle I would suggest the usage of 2 different bicycle-frames for front and back section. According to the instruction 1 would suffice, but it would become much more stable with two frames. 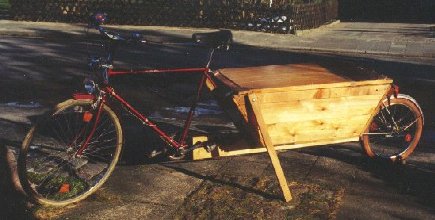 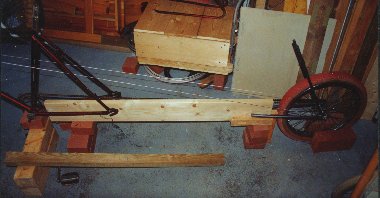 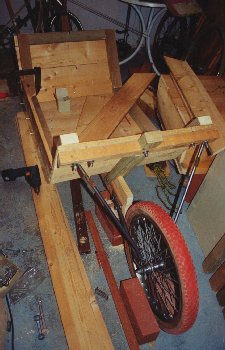