The Antarctic satellite image observation season has already started a few months ago meanwhile. Here are – somewhat late – two impressions from the beginning of the 2021/2022 Antarctic season. The first is a rare sunrise glimpse of the McMurdo sound area from Landsat 8 from early September this year – somewhat similar to the sunrise image of the Antarctic peninsula i showed in 2015. 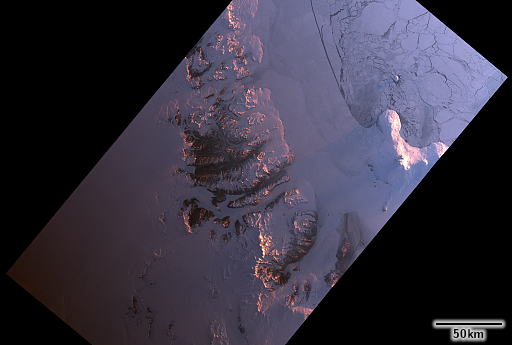 The exact lighting conditions in this kind of view depend a lot on the atmospheric conditions making this kind of image very interesting and individually unique from a photographic perspective – but at the same time limiting its use for classical satellite image interpretation purposes. 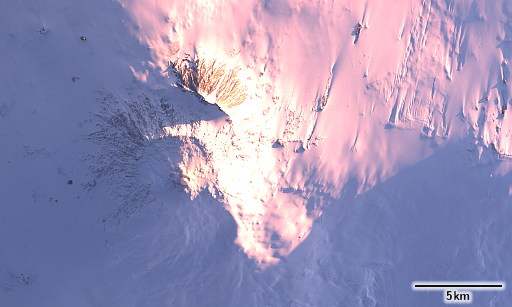 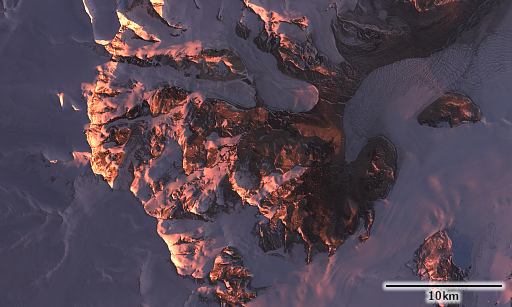 The second is a mosaic from the same region but with lager coverage, composed from several Sentinel-2 images from about a month later with much more conventional lighting conditions – though still with relatively low sun and long shadows. 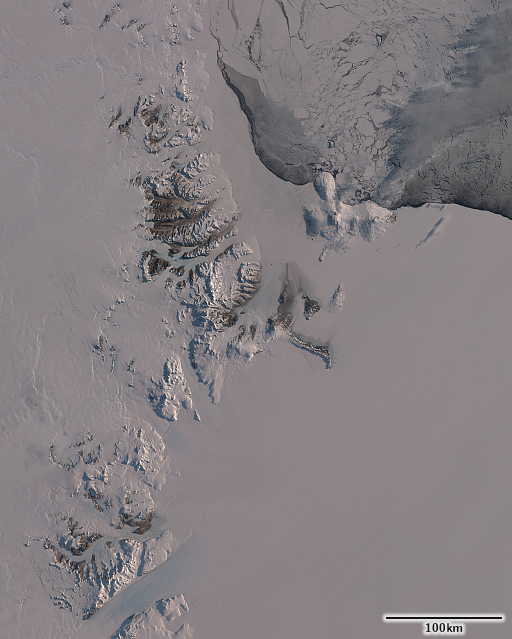 At the coast you can see that McMurdo sound is still largely covered by land fast sea ice and the Ross sea is largely se ice covered as well. Further inland the conditions are much less dependent on the season – snow cover is much more dependent on snow fall and wind patterns than on summer thawing. Not just the McMurdo dry valleys but also significant parts in the Transantarctic mountains further south are essentially free of snow cover throughout the year because of the lack of significant snowfall. Glaciers in such areas appear blue in color due to the ice being free of snow. 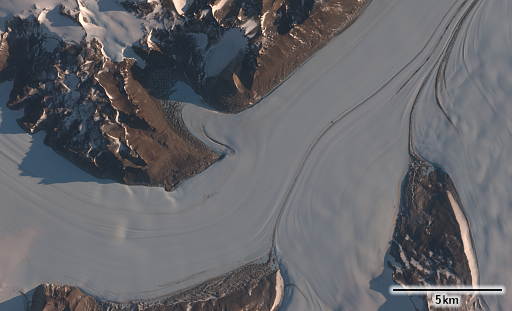 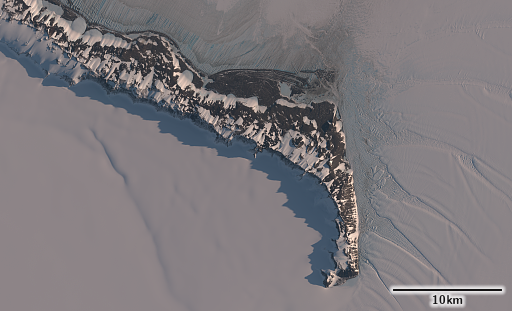 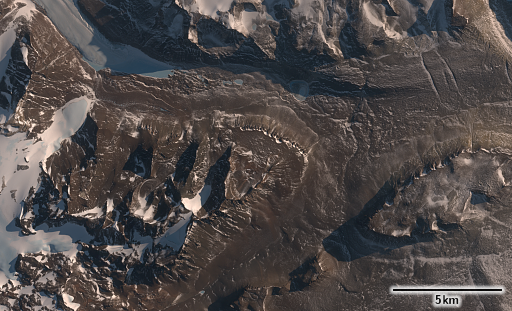 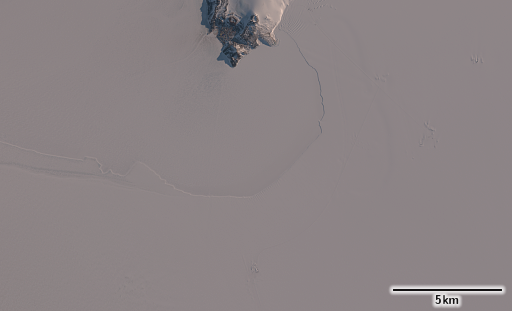 Both views are available in the catalog on services.imagico.de for licensing.