Since showing the greener planet vegetation maximum mosaic i extended processing to cover the whole Arctic. You can see the results below in a zoomable map together with layers showing the vegetation data used during processing.

Compared to the Europe sample area previously shown the ocean rendering has been improved. As i mentioned before i assemble satellite image data here from different times of the year into one combined image so you can rightfully question this being an actual satellite image. This is even more obvious in case of the sea ice rendering which tries to create a representative view of a constantly and rapidly changing target with only patchy glimpses being available at any single time. Imagine an elephant running through a dense forest and you trying to photograph it from a distance. And now in addition imagine the elephant constantly changing color like a chameleon and you get an idea of the problem. The sea ice shown is more or less the average summer season coverage. The assembly strategy has been tuned however to avoid smaller remains of sea ice at lower latitudes which would be distracting. In eastern Greenland you can see some areas like this which have been nearly permanent throughout the assembly period – removing those would either require manual manipulation or extending the data basis in that area.

To my knowledge this is the first such image of the arctic sea ice produced – all other images i know are either abstract renderings based on data from non-visual sensors or image assemblies with clouds and discontinuities.

The land surface coloring is representative for the time of vegetation maximum as explained before. In the default layer above i applied an abstract relief shading but you can switch to the non-shaded version as well. Below are various magnified views of selected areas. 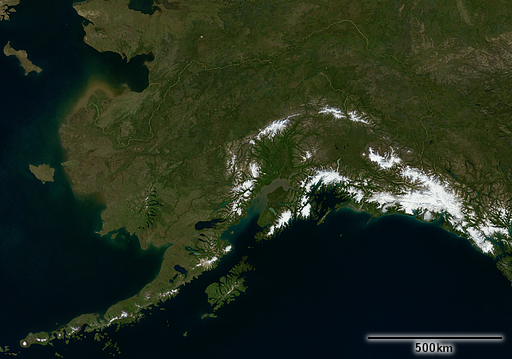 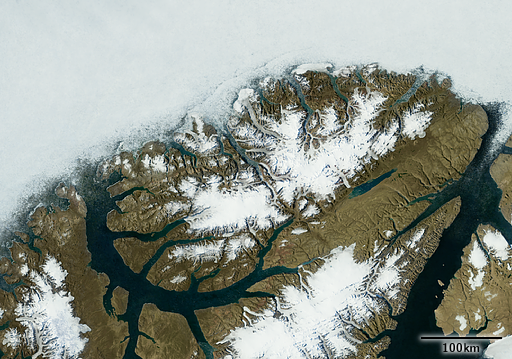 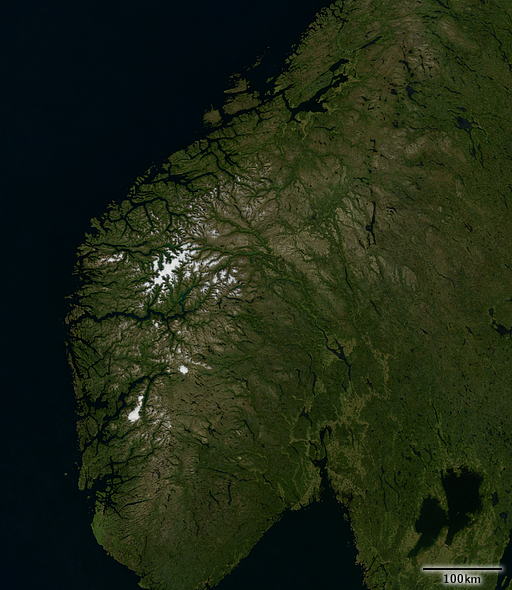