In addition to the recent autumn colors images here two views of the polar region autumn and spring on the northern and southern hemisphere. The first shows the Ellsworth Mountains with a low sun position just after the end of the southern winter and the beginning of the observation season in September. 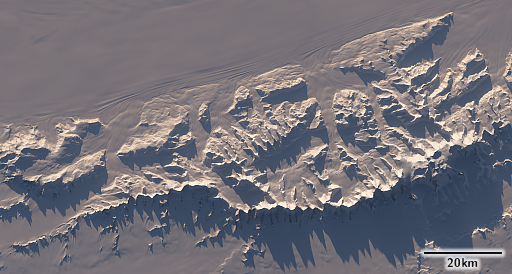 The second one shows southern Baffin Island with the Nettilling Lake after the first show in early October. 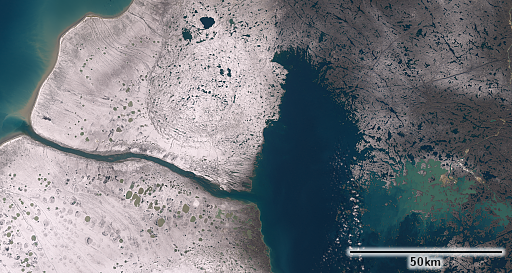 Both views are produced from Landsat 8 data and you can find them in the catalog on services.imagico.de.