Last year i showed a spring Landsat mosaic of Franz Josef Land – here is something similar for Severnaya Zemlya created from this year imagery from almost exactly the same time in late March and early April. 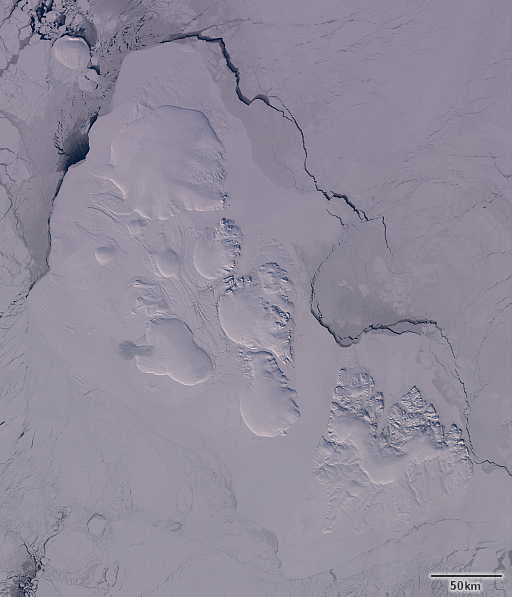 The situation is fairly typical for late winter/early spring at the Arctic Ocean coast. It is near to the maximum sea ice coverage and both the Kara Sea and the Laptev Sea are almost fully ice covered. Open water occurs mostly at the edge of the solid coastal ice around the island when winds and currents push the mobile pack ice away from it. But due to the low air temperatures the open water quickly freezes over again forming new sea ice – this can be seen in the following crop from the west coast of Komsomolets Island. 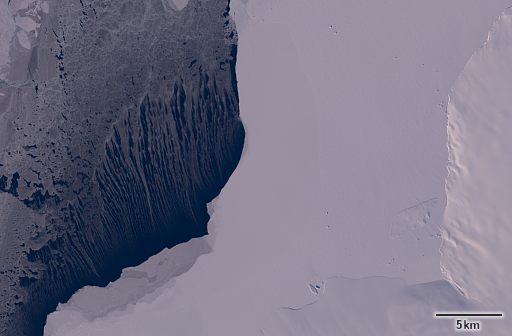 What is also prominently visible is the large new outlet glacier that has formed at the Vavilov Ice Cap which i already covered in its formation in previous posts. 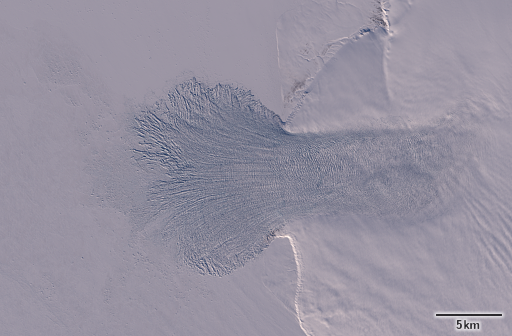 If you want to use this mosaic in your own projects or would like a print of it you can find it in the catalog on services.imagico.de.