In many parts of the Arctic late winter and early spring bring the most stable good weather of all year – and best chances for cloud free satellite images. So also in late March and early April this year for Franz Josef Land. This image is assembled from six Landsat scenes showing the islands right at the beginning of the thawing season. 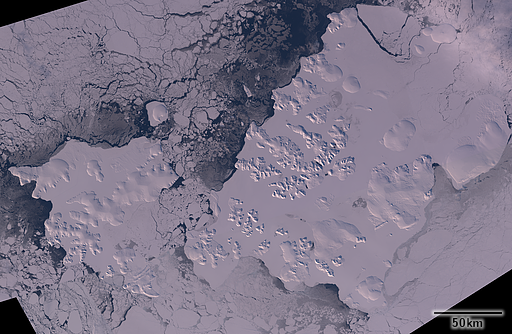 The Ocean between the islands is mostly covered by stationary land fast sea ice. Only in some of the narrow straits between the islands there are small areas of open water that occur due to the stronger currents in those channels preventing the formation of a thicker ice cover during winter. 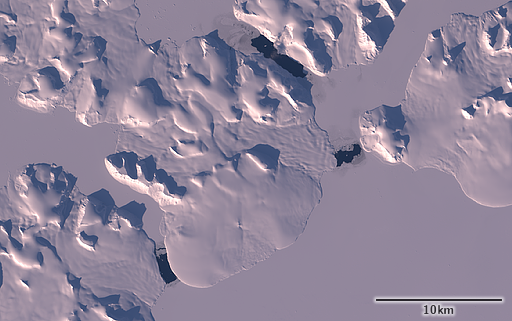 Here another crop from some of the glaciers in northern Prince George Land with several pretty large icebergs enclosed in the winter ice. 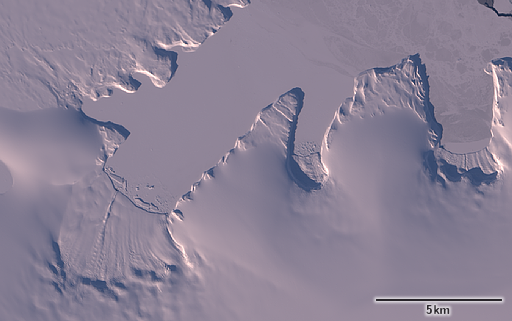 The most interesting detail is to the far west in the Cambridge Channel south of Alexandra Land. 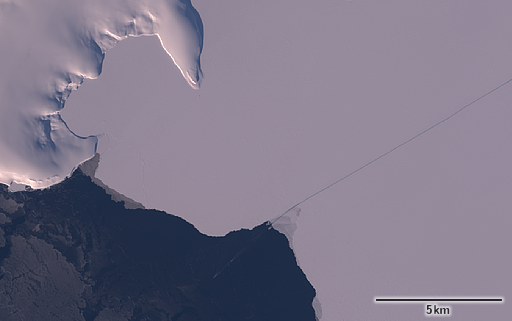 This appears to be a supply convoy returning from the Russian Arctic base Nagurskoye – most likely an icebreaker and a freight ship. You can see the passage through the ice which ends further north just off the coast south of Nagurskoye. 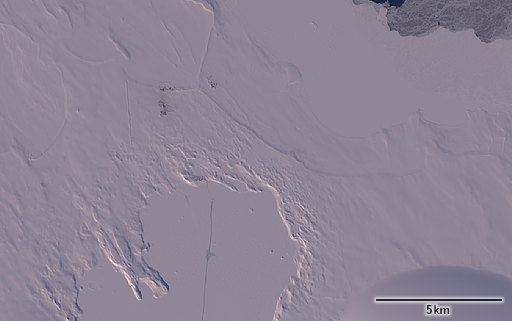