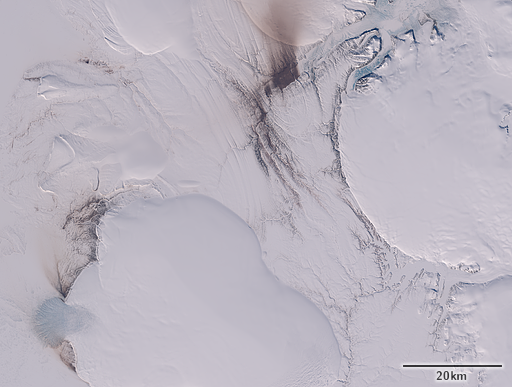 The area shown is located here:

and shows two fairly spectactular phenomemena. The first is the streak of wind blown dust at the south end of the Rusanov Ice Cap in the northeast. The whole region is fairly dry at the lower altitudes meaning there is only little snowfall in winter and by mid May this snow has melted in some areas like the river plain here in the northeast and winds pick up the dry soil and deposit it on nerby snow and ice over a distance of more than ten kilometers. 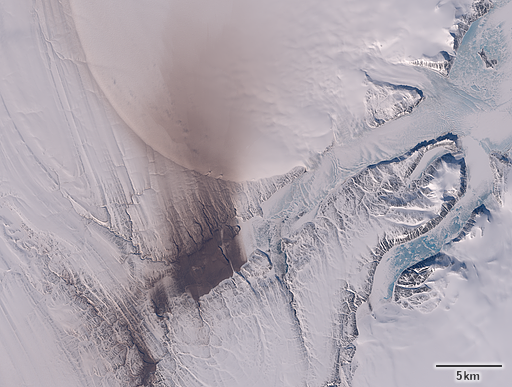 The other area of interest is in the southwest where you can see a large new ice stream has formed on the Vavilov Ice Cap which previously terminated on land. 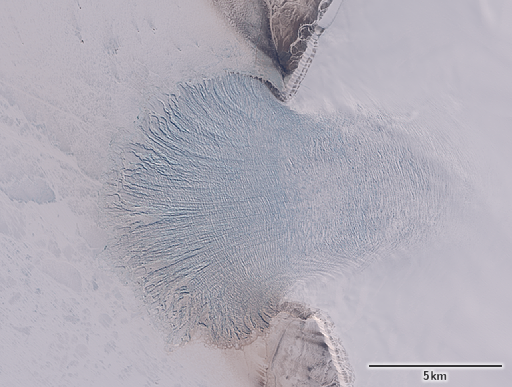 This is the continuation of a process i have already illustrated previously. It will be interesting to see how this is going to develop further during summer and over the next years. In general glaciers periodically changing between being land terminated and calving into the ocean are quite common elsewhere like in Alaska but having this at an ice cap is rather unusual.