Kind of balancing the recently shown imagery of the northern polar region i here introduce a number of new satellite image mosaics from the south of all the Subantarctic Islands. These islands – similar to some parts of the Arctic – are often neglected in satellite image layers in map services – either by being fully missing or being only covered in poor quality. Some of these are also rather difficult because satellite recording schedules likewise skip them. Sentinel-2 for example has not recorded the South Sandwich Islands and Gough Island for a long time and has only recently started covering them and is still not recording Bouvet Island, Amsterdam Island, Saint Paul Island, the Antipodes Islands, the Snares Islands and the Bounty Islands.

Here the illustrated list of islands i produced new images from: 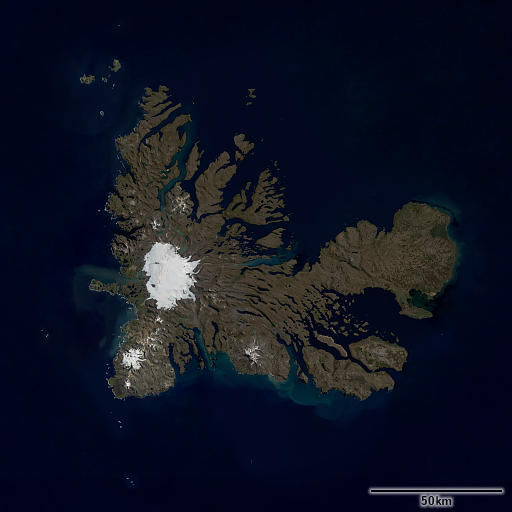 The image of the Kerguelen Islands is the largest mosaic and also one of the most difficult in terms of clouds.

Heard Island and the McDonald Islands

Heard Island is located southeast of the Kerguelen Islands and more heavily glaciated and with less vegetation. The McDonald Islands are smaller and slightly west of Heard. 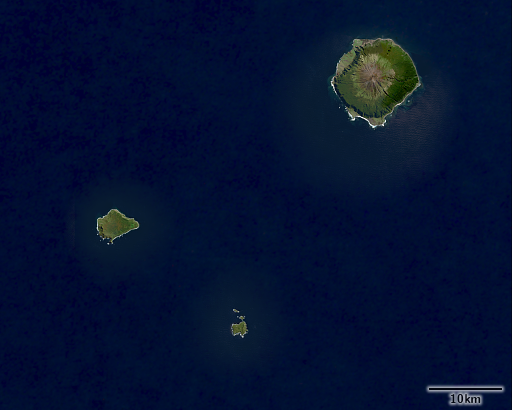 Tristan da Cunha in the South Atlantic Ocean is the northmost of the islands covered here and apart from the Falkland Islands also the most populated. 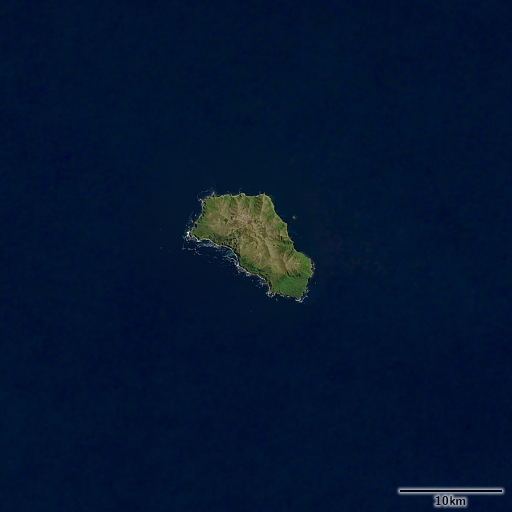 Gough Island is located southeast of Tristan da Cunha. Sentinel-2 has only started covering it recently in early 2018 so this image is combining Landsat and Sentinel-2 data. 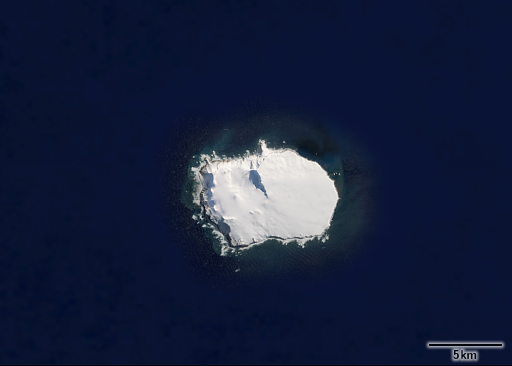 Bouvet Island is located further south and almost completely glaciated. This is not currently covered by Sentinel-2 but the cloud situation here is difficult so more frequent image recordings would be very useful.

The Crozet Islands feature a very wet and windy climate and are located in the southwest Indian Ocean. 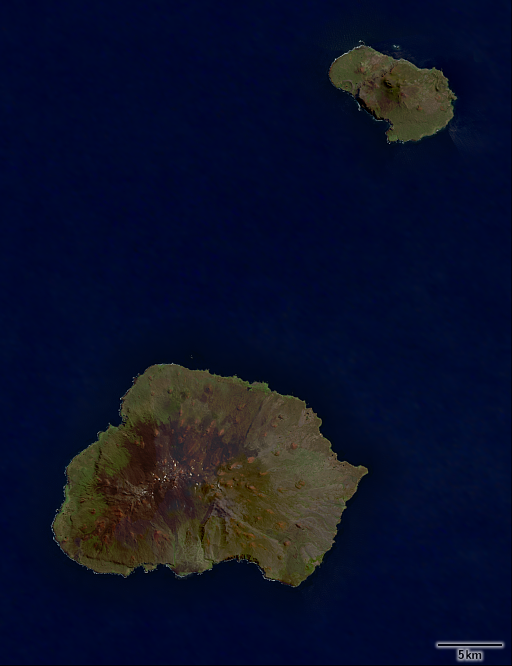 Prince Edward Island and Marion Island (the larger one at the bottom) are located somewhat further to the west. The difficulty here is less producing a cloud free than producing a snow free image. 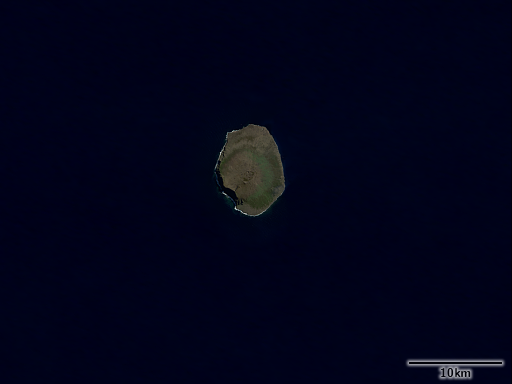 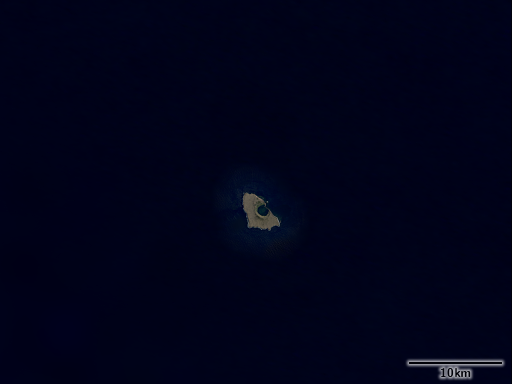 Further north in the Indian Ocean there are two small islands, Amsterdam Island and Saint Paul Island, which are not included in the Sentinel-2 recording plan and are therefore rendered based on Landsat data here.

The southmost of the Subantarctic Islands are the South Sandwich Islands. These are not particularly difficult per se regarding clouds since the area often has good weather in late winter but producing a good cloud free summer image is another story. The recent inclusion in Sentinel-2 recordings helped a lot here. 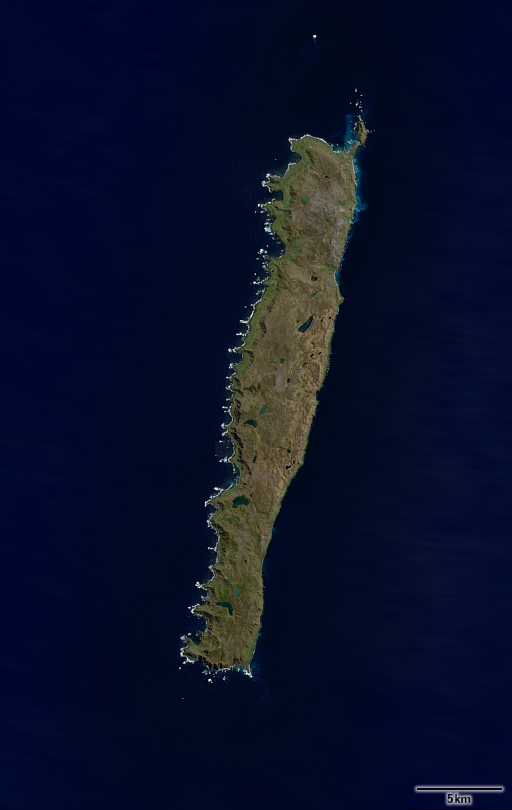 Moving further to the east we have various islands south of New Zealand – starting with Macquarie Island. 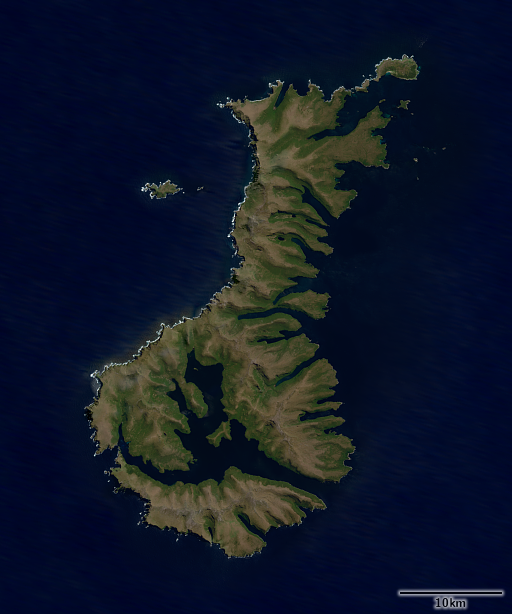 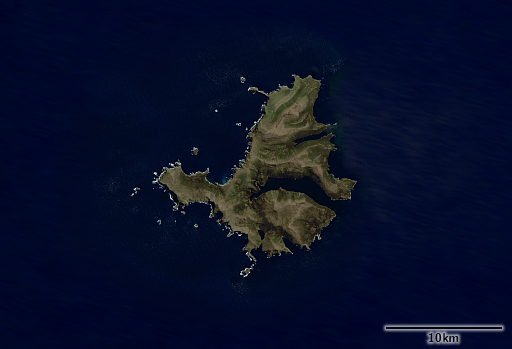 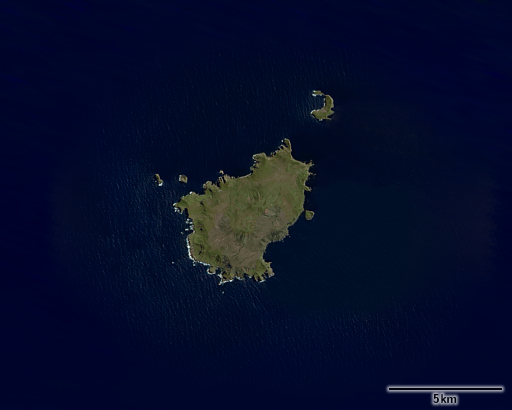 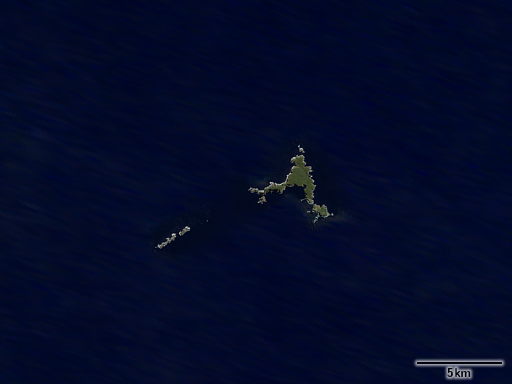 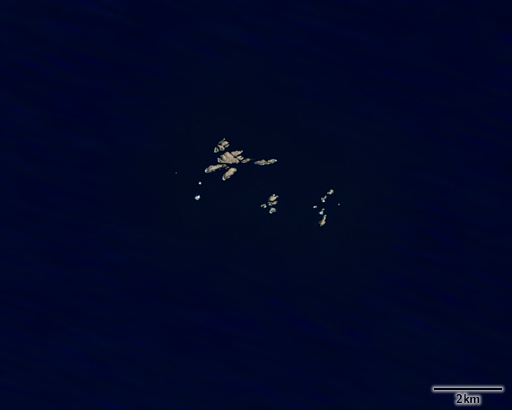 And finally we have the New Zealand Subantarctic Islands – in various sizes and forms. Only the Auckland Islands and the Campbell Islands are included in Sentinel-2 recordings, the others are only covered by Landsat.

I also produced updated images of South Georgia and the Falkland Islands: 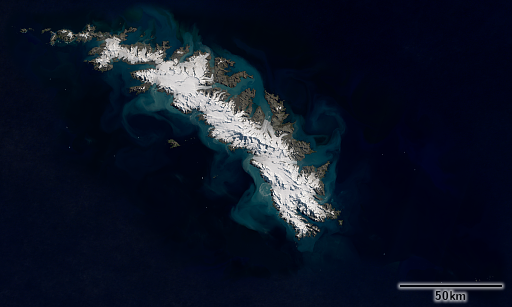 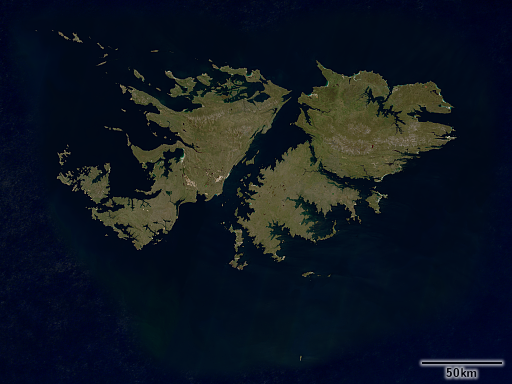 And finally also a mosaic of the Balleny Islands in the Antarctic: 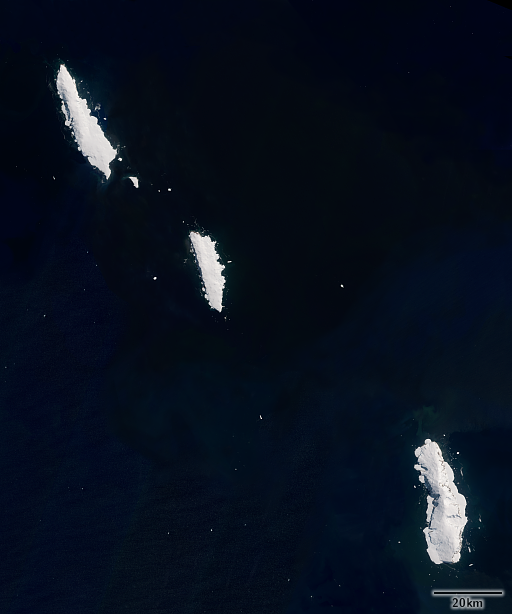 All mosaics are available as usual on services.imagico.de.