This post is also published on TagDoc – you can read it there as well if you prefer.

To many, even to some experienced OSM community members, the free tagging system of OpenStreetMap appears chaotic, unorganized and inefficient. And it is to some extent. However, this system is at the same time also highly functional and fulfills a central role within the project and the OSM community. The alternative to the free, de-centrally developed tagging system we have, would be a centralized, authoritative system of attributes and rules, developed and imposed by some centralized bureaucracy, which would have to be a culturally fairly homogeneous group of people to function as such. In other words: The alternative to the open tagging system, would be for OpenStreetMap to give up the idea of creating and maintaining a map by the people, for the people, based on local knowledge and egalitarian self determined cooperation, and to adopt exactly the kind of methodology centralized mapping authorities use – whose dominance and flaws OpenStreetMap was created to overcome.

One big reason why despite this an increasing number of both data users and mappers are becoming more and more skeptical of free and open tagging, and frequently push with – for example – organized/automated edits or by introducing seemingly authoritative formulations into tagging proposal processes for a more centralized and more authoritative approach to tagging decisions, seems to be the highly dissatisfying status of documentation of the free tagging system we have in OpenStreetMap.

The traditional platform for documenting tagging practice in OpenStreetMap is the OpenStreetMap Wiki. The basic idea is that mappers are free to use any tags they want to use, and they are encouraged to document how they use the tags on the OSM wiki. This has, over the years, led to a highly valuable body of documentation of tags and their use. But – with the tagging documentation on the wiki growing both in size and in importance for the OSM community – it has also become an attractive platform for people who are not just interested in documenting how they use the tags on an equal level with everyone else documenting their tag use, but for the pursuit of various subjective ideas on how the meaning of tags should be presented, irrespective of how the tags are de facto used in the database. As a result, nowadays there is no consensus within the OSM community if the tagging documentation on the wiki is to be descriptive (documenting how tags are practically used) or prescriptive (documenting how tags should be used according to some subjective opinion or some perceived authority). There is not even agreement that these two aspects should be separated. And while – as said – there is a lot of valuable information on the wiki about tags, there is at the same time also a lot of nonsense put there because it suits someone’s agenda. Additionally, the two are often indiscernible and you can only differentiate reliably between them if you have significant up-front knowledge about the tag in question – and in that case you don’t really need the wiki that much.

For data users and software developers, but also for mappers, this is a huge problem because they – due to the lack of alternatives – rely on the wiki as a source of information, a source which, however, is notoriously unreliable. And this is a self emphasizing problem because the more people rely on the wiki, the more attractive it becomes as a vehicle for people with an interest to influence data users, software developers or mappers to introduce ideas into the wiki documentation that do not factually document the de facto meaning of tags, but communicate some subjective ideas on how things should be mapped or how data should be interpreted.

Of course this, in principle, is not a new problem and for a long time people active in OpenStreetMap have discussed various ideas on how to address it. But so far nothing of substance has come out of that. I have also for a long time shied away from working on this – partly due to the sheer size of the task, partly however also because i see a lot of value in the idea of free tagging without centralized rules being combined with documentation of said tagging being developed through equally open cooperation. But more recently i came to realize that the direction the tagging documentation on the OSM wiki is heading, and the dysfunctional social dynamics you can widely observe there, are likely more damaging than supportive for the core idea of OpenStreetMap, especially in light of the fact that the tagging documentation on the OSM wiki is, both de facto and in the perception of people, without alternative. And it has become clear to me that what works for mapping itself – the egalitarian cooperation across language and culture barriers by communicating through the act of mapping itself – does not work likewise for developing a language based documentation of mapping practice.

What is the solution to this problem? I don’t really know. There might not even be a real solution and OpenStreetMap will need to deal with that. But given how little of substance has been tried to address the problem of reliable and competent documentation of the use of tags in OpenStreetMap, there are ways to substantially improve on that compared to the status quo. The difficulty is how to approach this problem in a way that has a good chance for success. What i have come up with as a concept, after quite a lot of contemplation, is the following:

As written on the starting page at the moment with me alone writing for TagDoc in my spare time is not in any way sustainable. There are mainly two options how this could be solved:

If you are a data user (or otherwise want to invest in OpenStreetMap beyond software development and paid mapping) and interested in contributing to financing writing for and curating this project, and thereby help making it more sustainable, or if you are an independent expert in the de facto meaning of tags in OpenStreetMap data with proven experience in analyzing tag use in the OSM database, English language writing skills and knowledge about the diversity of world wide geography and are interested in contributing to this project as an author, then you are welcome to get in touch with me about contributing.

About me, the proprietor and curator of TagDoc

The main incentive for me contemplating the problem of meaningful and reliable tagging documentation and ultimately starting TagDoc came from my work as a maintainer of OSM-Carto. Forming a qualified opinion on requests to add or change the rendering of certain features in the map under the goals of the project always requires a solid knowledge of the de facto use of the tags involved in OpenStreetMap. Same applies for developing features for my own OSM-Carto derived map style. Doing research on well more than a hundred such cases, involving a large bandwidth of tags, helped me acquire a broad knowledge background in practical use of tags in OpenStreetMap, a lot of practical experience in analyzing how tags are used in OpenStreetMap world wide and what the quirks and inconsistencies in that use are, as well as a good sense of the quality problems of the tagging documentation on the OpenStreetMap Wiki. Combine that with the experience with using OSM data on global scale, i have gained as part of my paid work and what i researched over the years regarding practical use of tags out of curiosity and as part of writing about OpenStreetMap in general on my blog and elsewhere, i have probably broader background knowledge about the de facto meaning of tags in OpenStreetMap than most involved in OpenStreetMap. But the key, ultimately, is combining that broad background about OpenStreetMap with a solid knowledge and experience with the geographic diversity of the planet. Most OpenStreetMap contributors in their on-the-ground mapping work acquire extensive knowledge of the geography of the area they map in but very few have a solid understanding of the full range of geographic diversity of Earth which OpenStreetMap aims to document.

Of course this is a valuable qualification for doing consulting work regarding use of OpenStreetMap data and it has helped me many times in giving competent advice to customers. But ultimately it is kind of dissatisfying to not being able to make this knowledge available systematically to everyone who would find it useful and value it because of the lack of an economic basis to do so. I know this is a problem i am not alone with. The economic ecosystem around OpenStreetMap is traditionally heavily biased towards technical work. Software development and paid mapping are the most valued and therefore the dominant paid activities around OpenStreetMap and intellectual work of all kind is seriously under-appreciated. It would be important for the future of OpenStreetMap to change that and having quite a bit of experience in doing consulting work at the edge between technical work (data processing) and intellectual work (map design) and being one of the most prolific public writers around OpenStreetMap i think i am in a good position to lobby a bit for such change and to attempt demonstrating the importance and value of intellectual work using TagDoc as an example.

And finally one other important thing that i think qualifies me as a curator of tagging documentation is that i am largely independent of OpenStreetMap economically so i can provide a honest and open assessment without being constrained by my own or others’ economic interests. While i do paid work with OpenStreetMap data, most of my income these days is based on working with satellite data and its visualization and therefore does not depend on OpenStreetMap.

Ultimately all of this is just an offer from my side. I hope it finds the resonance and support it needs to become sustainable in the way i outlined and this way becomes a useful and valued source of knowledge about OpenStreetMap data and the tags used in it to record local knowledge about the geography of Earth. If it does, but especially also if it does not, i hope my endeavor to start TagDoc incentivizes others to think and talk about the importance of creating and maintaining a reliable and competent documentation of the de facto meaning of tags in OpenStreetMap, not unduly affected by subjective ideas of their ought-to-be meaning and the best way to develop and maintain such. This kind of project, like any other intellectual work, can only thrive and be excellent if it receives intellectual resonance and critical feedback. 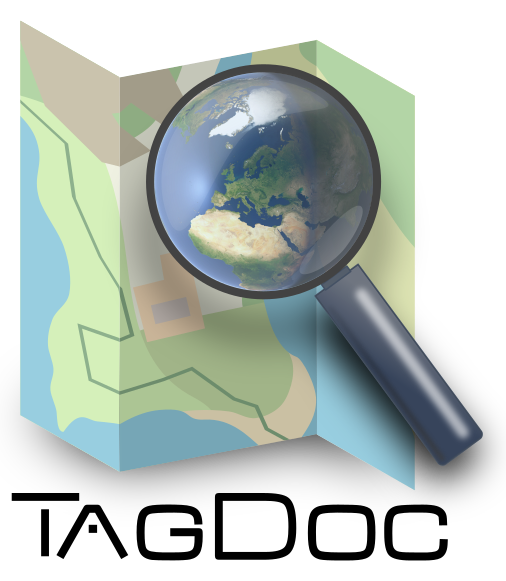