I wrote about the LDCM/Landsat 8 start in February – meanwhile the USGS has released first sample data (three scenes from the US till now, the last one of southern California was made available today) and is planning to start regular operations and delivery of satellite data at the end of May.  I have had a first look at the data and assembled my observations for you to read. 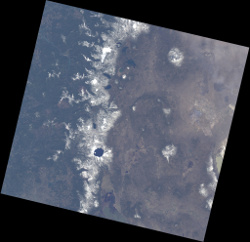 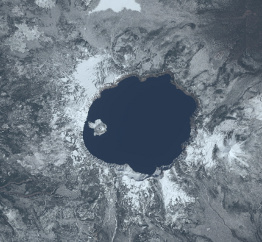 As a summary – the new satellite has some interesting changes and offers new data in comparison to the previous one although there are also a few issues with some of the changes.  But as i already indicated in my previous post this is great news independent of any improvements simply because the existing Landsat 5 and 7 satellites do both no more provide full quality data and the new satellite addresses this.

I would also encourage anyone to have a look at the history of the Landsat program.  Originally, until the early 1990s, the Landsat program was planned and managed in a way quite similar to how operation of earth observation satellites is done in Europe at the moment, by cooperation of government agencies with private companies with the aim to finance the program through private investments.  The private companies involved got exclusive rights on the data in return for their investments.  This did not really work out in case of Landsat (it does not do so in Europe either though this is not admitted) so the commercialization was abandoned and the data was distributed without license fees.  The huge success of the Landsat program came afterwards – due to the low costs and unrestricted availability of the data it was widely adopted as a data source both by the scientific community as well as (especially later, in the age of the internet) by commercial users.  Nearly every web map these days with an imagery layer has Landsat data in it somewhere.  In a way the decision to abandon commercialization of Landsat can be seen as one of the most efficient public subsidies in both scientific and private sector geodata applications – with beneficiaries worldwide and not restricted to the US.

Read my report on the sample data.