On occasion of the solstice (yes, about three weeks late) here I have another Landsat satellite image of South Georgia with a lower sun position and some more clouds than the one shown previously. 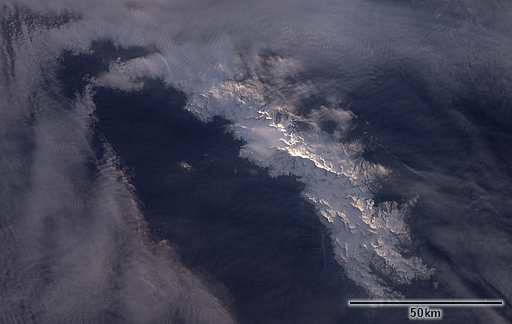 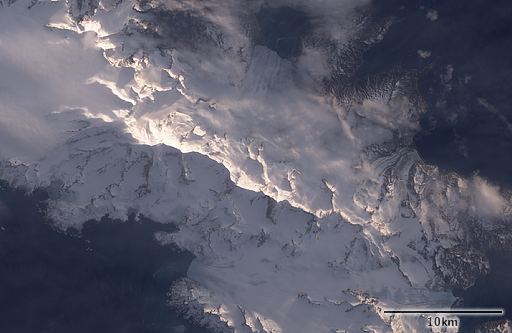 And complementary to this as well as the previous mid winter image a view from the northern hemisphere from a few days earlier in late June from the Shiveluch on the Kamchatka peninsula in eastern Russia in late evening. 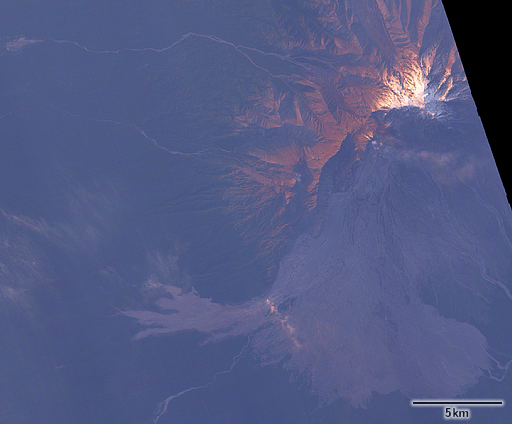 I explained the background of low sun position images in polar regions in summer previously. This one is an extreme example in several aspects. The sun is less than 1.5 degrees above the horizon giving it a quite dramatic look. The location at about 56.5 degrees latitude is quite far south of the polar circle so although the satellite passes a few hours before midnight it can only catch the very last sunlight here. As a result the scene features very high contrast with the snow on the mountain side facing the sun still brightly illuminated while most lower areas already in near full darkness with only minor indirect light from the sky. Imagine taking a photo of this situation at ground level and exposing for the bright snow areas – you will have quite some difficulty still working out the structures in the shadows. If you look closely at the above image you might recognize some banding indicating the limits of the available dynamic range. There are two small plumes of steam visible from recent volcanic activity. Below a closeup of this view as well. 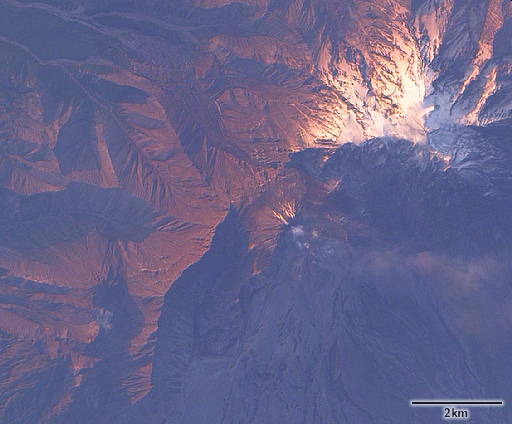