The Green Marble global color mosaic i introduced recently allows producing 3d views of areas where previously available image data was not suited for high quality images. Here are a number of perspectives i wanted to do for quite a long time and now finally can show in good quality. 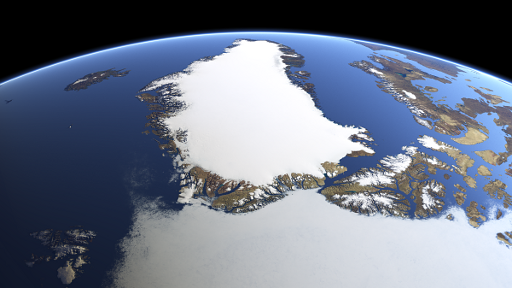 The first in a view of Greenland from north – the Blue Marble next generation did not include areas north of 80 degrees latitude, they were drawn in plain white color and therefore could not be used to produce a proper summer view of the area. 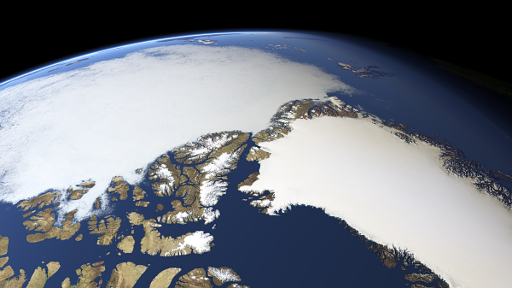 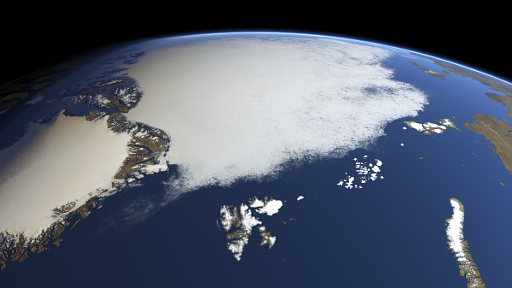 The third view shows the Arctic Ocean from the European side 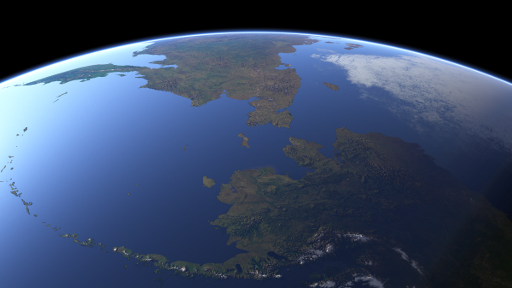 And i have also made this view of the Bering Strait – somewhat further south so the northern limitation of the Blue Marble would not have been an issue here but none of the monthly versions of the BMNG is free of seasonal snow in the far northeast Russia.

All four views are available on services.imagico.de for licensing and prints. Click on the images to go directly to the catalog where you can also see a larger preview.

And finally as a bonus i added another view of the Arctic Ocean to the Views of the Earth including a larger version under CC license: 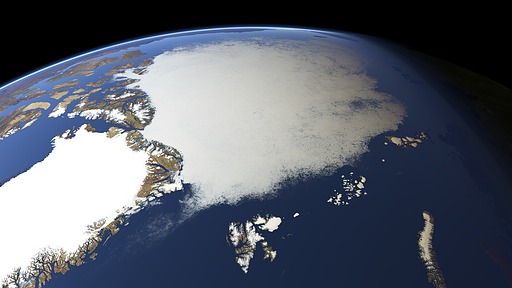