Here a recent view of the South Sandwich Islands assembled from Landsat images from a few days ago. The image mosaic shows most of the islands except the northmost ones which are hidden under clouds. Generally winter is the time with the least clouds in the area but still it is quite rare to have most of the islands clearly visible together like here. 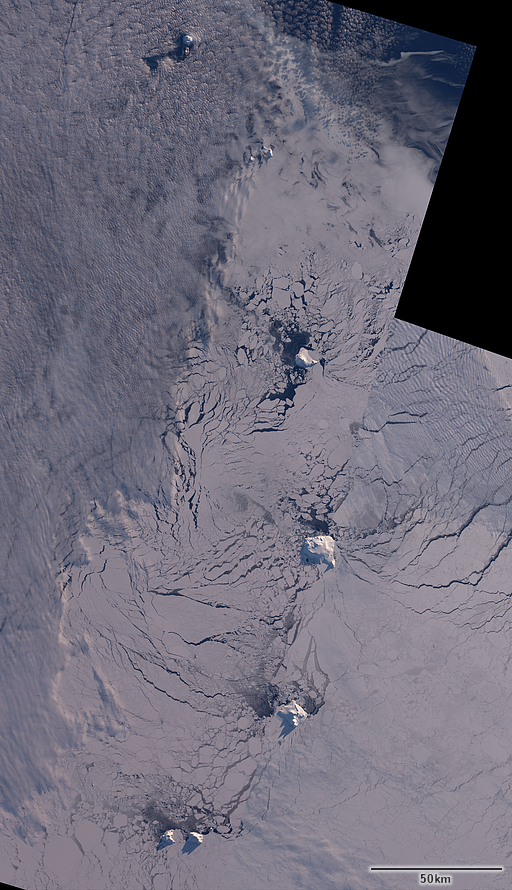 The islands are located in the South Atlantic Ocean between 55 and 60 degrees south. At this time of year sea ice extent is at its maximum and encloses the southern part of the islands. You can see the open ocean at the northern end of the image below the clouds. Here two magnifications, the first from Southern Thule at the southern end of the archipelago 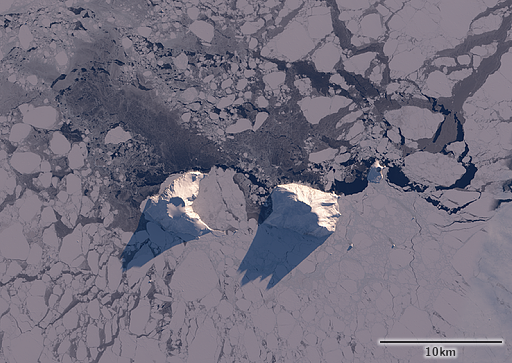 and the second from the Candlemas Islands further north at the edge of the cloud cover: 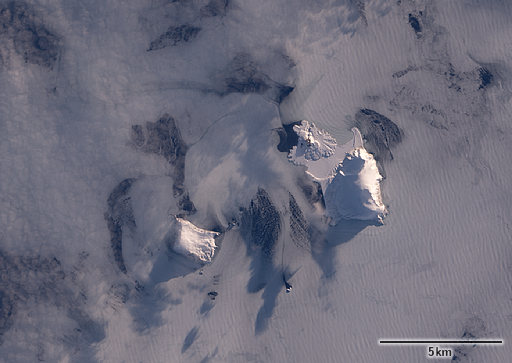 The sun is still very low, only about 8 degrees above the horizon leading to long shadows. This also makes the various icebergs around the islands well visible.

This image is available on services.imagico.de as print and for licensing.