This has multiple reasons, one of the most relevant being that this year’s event is – more than in any of the last four years – an event quite ostentatiously targeted at wealthy people and people whose visit is paid for by a third party. It is perfectly fine to have such an event, and i wish everyone at the conference an enjoyable and successful time, but this makes it much less attractive for me to visit.

With the strong limitations of the last two years to meet in larger groups, i would this year have liked to meet in person with various people involved in OpenStreetMap whom i could not meet in the past years, including quite a few who are likely going to be in Florence despite the fairly steep costs of a visit there during the height of holiday season with hotel and travel prices at their peak. But to be frank – what i enjoyed most in previous years was in particular meeting and talking to economically more marginalized people.

I played a bit with the idea of visiting Florence but not going to the commercialized conference and instead just meeting with people outside the organized event and visiting and getting to know the city otherwise. But as said there were other reasons speaking against it and also, while i could have afforded a visit to Florence in August, that is not equally the case for many other people active in OpenStreetMap. And choosing Florence in August as the place and time where people from the OSM community have the chance to meet me in person would also have made a statement as to whom i am mostly interested in meeting, even when done detached from the SotM conference.

In past years i repeatedly have criticized that affordability of the visit is not a criterion in the planning of the conference, not even on paper, and neither for picking the place nor for picking the date of the conference. This fact is of course perfectly in line with the OSMFs diversity statement – which disallows discrimination by almost anything, but quite explicitly not by wealth.

Anyway – for those in the OSM community who would like to meet me in person – i plan to be at the Karlsruhe Hack Weekend in September, after also having been absent there for the past two years. Despite the limited number of participants allowed, there is still room for people to come there, Karlsruhe is just a two hour train ride from Frankfurt Airport and there is a good selection of decent and affordable places to stay in Karlsruhe.

I also generally look with interest at the announcements of any other events in the OSM community that have been planned with the visible intend and desire to be affordable and accessible also for less wealthy people and being truly welcoming for a diverse audience in the original sense of the word. For the past two years the options to visit such events have been rather limited, but i hope this will get better in the future again. 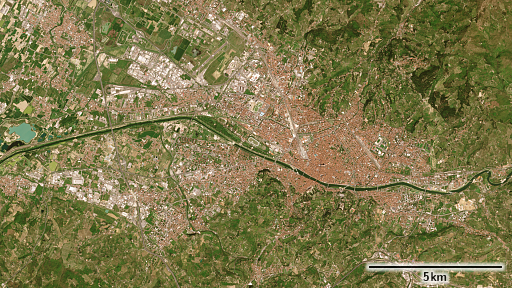