After previously showing Landsat mosaics of islands in the arctic i now also completed an image of the Svalbard archipelago. 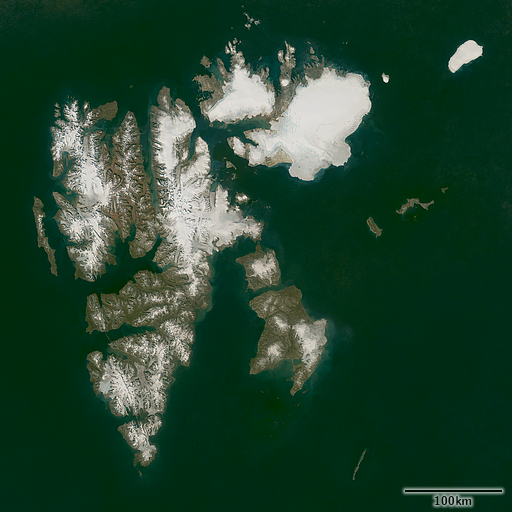 Compared to the islands of the Russian Arctic Svalbard is more difficult since is features much more variable and less stable weather. The large temperature contrasts of the ocean water between the east and west side of the islands lead to frequent formation of clouds and weather situations where at least a large part of the islands is cloud free are very rare, especially in summer. Also summer snowfall is quite frequent so it is more difficult to find images depicting ideal conditions. While Svalbard could be fully covered with just about ten Landsat scenes this mosaic is based on 77 of them.

On the other hand Svalbard is a really nice subject for satellite imagery since it is very colorful – despite the arctic setting. There are areas with intense red color of the soil 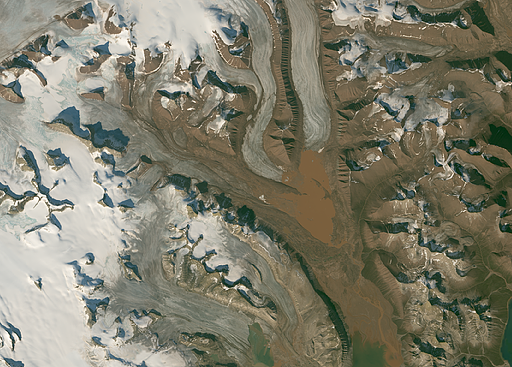 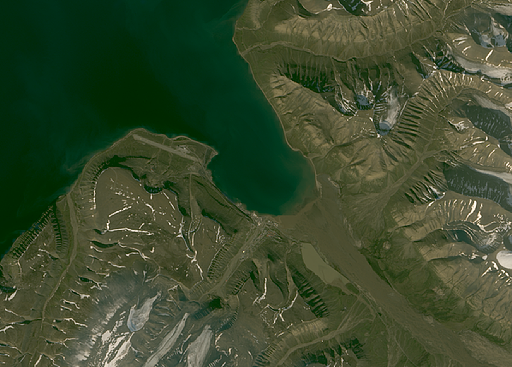 while in the northeast there are some nearly bare areas of very bright limestone: 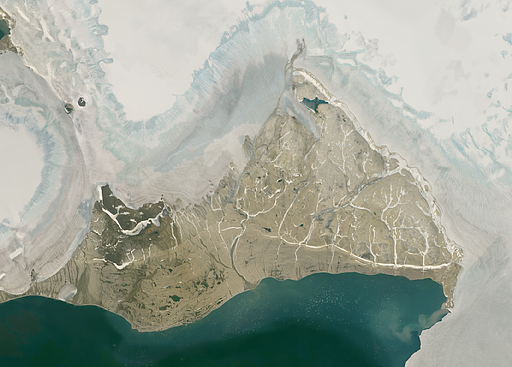 In addition to the color mosaic you can – as usual – also get a vegetation map showing the maximum amount of vegetation everywhere on the islands: 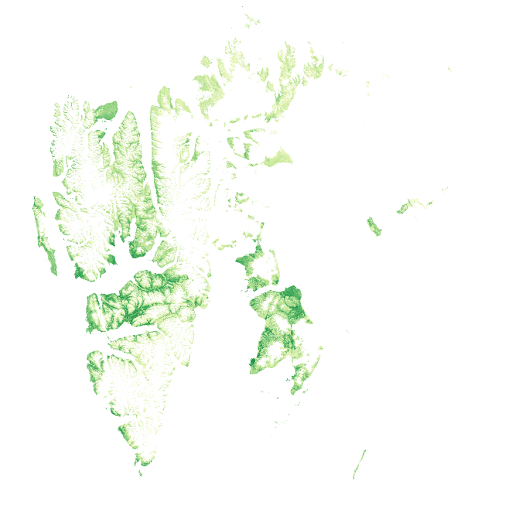 Check out the description and further samples on services.imagico.de and let me know if you are interested in this data set.