I am happy to announce my newest satellite image product – The Comprehensive Optical Mosaic of the Antarctic (COMA). 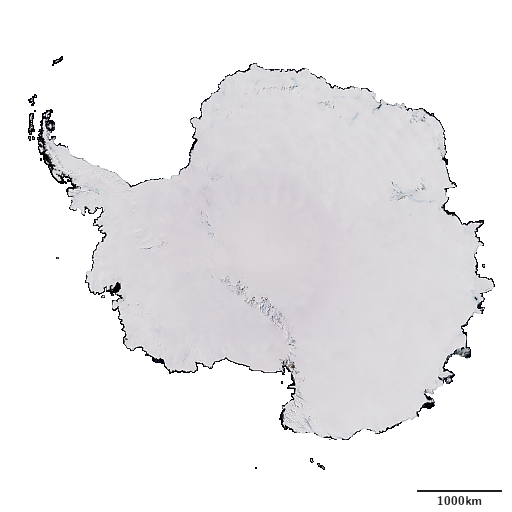 The COMA is the result of an evolution of the satellite image mosaic production techniques i have been improving for over a decade now with various images in the resolution range from 10m to 15m having been published over the years – many of which are still the highest quality images available for the areas in question. For this mosaic i worked in particular on the scalability of the whole process towards a larger number of source images and a larger size of the assembled mosaic.

I chose the attribute comprehensive to indicate that this image does not only cover all land and permanent ice of the Antarctic but that it also uses a large fraction of the more recent open data imagery available to ensure the highest quality coverage in the Antarctic interior. Most images of the Antarctic you can see on map services and otherwise these days are still based on the >20 year old LIMA – which, due to the limitations of Landsat 7 imagery (from which LIMA is created), due to the low volume of source data and because the assembly process used is not really suitable for very high quality visualizations. Some image users have patched this up locally with newer images – which then however typically results in color inconsistencies. 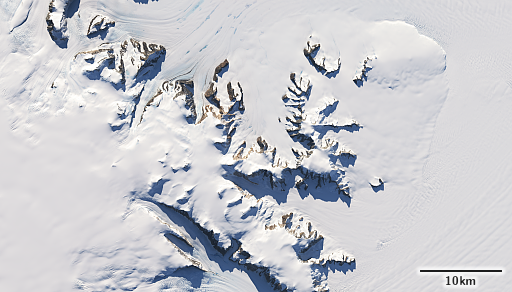 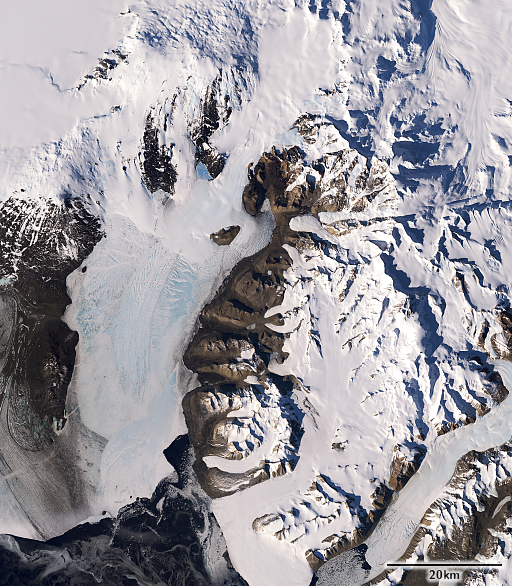 The COMA is the first fully new visual color image of the whole continent created after LIMA and a massive step up in terms of quality in every aspect. It is predominantly based on Landsat 8 data, supplemented by ASTER and MODIS images. And it is essentially only now, about 8 years after the launch of Landsat 8, that a sufficient volume of image data is available to produce a mosaic of the whole continent at this quality level.

I’d like to emphasize in particular that the image mosaic is on the same high quality level regarding the lack of clouds as my other high resolution mosaics with – conservatively estimated – less than between one in 10k and one in 100k pixels being significantly cloud affected. This is way better than LIMA or any other Antarctic mosaic available today. The Antarctic is not a particularly cloudy region but it is fairly nasty in that regard because of the nature of the clouds common in the Antarctic and because clouds over snow are notoriously hard to detect reliably in general. 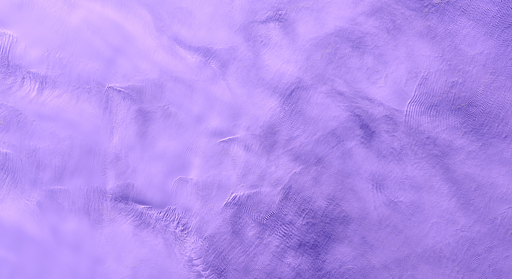 Snow drift and thin clouds on the polar plateau in a strongly contrast emphasized depiction – from raw image, not in mosaic

It is also worth mentioning that clouds are not the only transient atmospheric phenomenon that affects clarity of satellite images in the Antarctic. Wind blown snow is also a frequent problem. You could even say that on the Antarctic plateau the boundary between ground and atmosphere tends to be somewhat blurry and this makes recording a consistent image of the surface a challenge. In the production of COMA significant care was taken to analyze images and make sure to preferably use those which offer a clear view of the surface free of both clouds and snow drift. 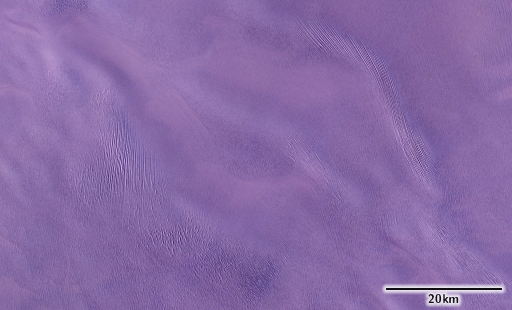 Some might wonder why i have not used any Sentinel-2 data in this mosaic. The reason is that Sentinel-2 coverage of the Antarctic is very incomplete in terms of spatial coverage and also very infrequent almost everywhere. Using the limited data that is available would have required me in many cases to choose between Sentinel-2 data (for the slightly higher resolution) and Landsat data (for better quality or more recent coverage).

You can have a look at the detailed product description and the sample images over at services.imagico.de. Those interested in using the mosaic are welcome to contact me for details. 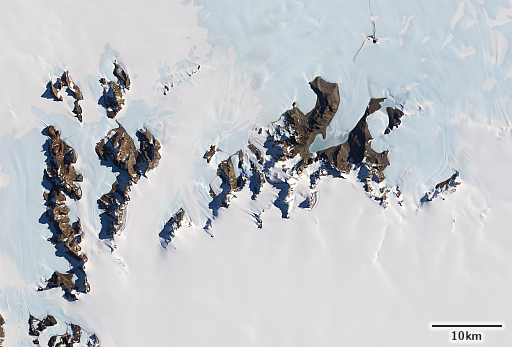 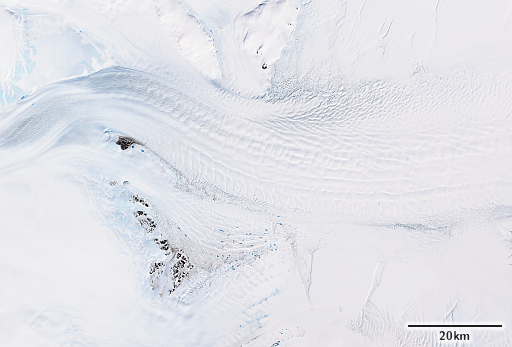 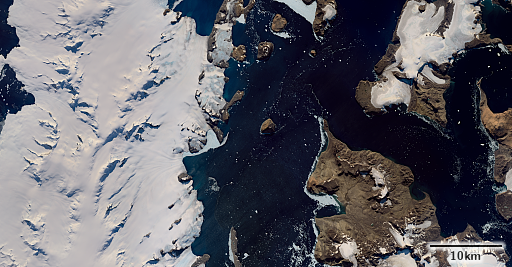