I have mentioned several times already that i wanted to write a blog post on verifiability in OpenStreetMap. The need for that from my perspective grew over the last 1-2 years as it became increasingly common in discussion in the OSM community that people would either flatly reject verifiability as a principle or try to weasel around it with flimsy arguments.

OpenStreetMap was founded and became successful based on the idea of collecting local geographic knowledge of the world and collecting this knowledge through the local people participating in OpenStreetMap and sharing their local geographic knowledge in a common database. The fairly anarchic form in which this is happening with a lot of freedom for the mappers how to document their local geography and very few firm rules turned out to be very successful to be able to attract people to participate and to allow representing the world wide geography in its diversity.

The one key rule that is holding all of this together is the verifiability principle. Verifiability is the most important inner rule of OpenStreetMap (as opposed to the outer rules like the legality of sources used and information entered) but it is also the most frequently misunderstood one. Verifiability is the way in which OSM ensures the cohesion of the OSM community both in present and in the future. Only through the verifiability principle we can ensure that new mappers coming to OSM will have a usable starting point for mapping their local environment no matter where they are, what they want to map and what their personal and cultural background is.

Verifiability is not to be confused with accuracy of mapping. It is not the endpoint ideal of a scale from very inaccurate to very precise. Verifiability is a criterion for the nature of the statements we record in the database. Only verifiable statements can objectively be characterized as being accurate to a certain degree.

Verifiability is also not to be confused with Verificationism, which rejects non-verifiable statements as not meaningful. OpenStreetMap does not pass judgement on the value of non-verifiable data by excluding it from its scope. It just says this kind of data the project cannot include in its database because it cannot be maintained under the project’s paradigm. The viability of OpenStreetMap as a project depends on it limiting its scope to verifiable statements. And in practical application (i.e. when resolving conflicts) it is also often better to regard verifiability as meaning falsifiability.

In a nutshell verifiability means that for any statement in the OpenStreetMap database a different mapper needs to be able to objectively determine and demonstrate if the statement is true or false even without the same sources used by the original mapper. Those who based on a philosophy of universal relativism want to say that in most cases statements are neither clearly true or false have not understood the fundamental idea behind verifiability and confuse it with precision of mapping while assuming a priori that everything is verifiable. Verifiability is about the fundamental possibility of objectively assessing the truthfulness of a statement based on the observable geographic reality.

This contrasts with the Wikipedia project which takes a very different approach to recording information. Wikipedia has its own verifiability principle but this has its own meaning completely different from that of OSM. Verifiability in Wikipedia means statements need to be socially accepted to be true. This is determined based on a fairly traditional view of the reputation of sources. Such a system of reputation is obviously very culture specific so Wikipedia tries to ensure social cohesion in its community by allowing different contradicting statements and beliefs to be recorded (in particular of course in different language projects but also to some extent within a single language). Still conflicts between different beliefs and viewpoints, struggles for dominance between different political or social groups and contradicting statements in the different language versions representing different culture specific views of the world are a common occurrence and a defining element of the project.

Still to many people with a social sciences or Wikipedia background the verifiability principle is very inconvenient. There is a broad desire of people to record statements in OpenStreetMap that are part of their perception of the geography even if they differ fundamentally from the perception of others and are not practically verifiable.

One of the ideas i often hear in this context is that verifiability is an old fashioned conservative relic that prevents progress – this is kind of ironic because the idea of verifiability directly stems from the values of enlightenment. Fittingly some of the specific non-verifiable mapping ideas communicated seem to have an underlying Counter-Enlightenment or Romantic philosophy.

In addition pressure to include non-verifiable data in the OpenStreetMap database also comes from people who see OpenStreetMap less as a collection of local knowledge and more as a collection of useful and suitably preprocessed cartographic data – ignoring the fact that the success of OpenStreetMap is largely due to specifically not taking this approach. The desire to include data perceived to be useful independent of its verifiability and origin is also pretty widespread in the OSM community. Such desires are usually fairly short sighted and self absorbed. Usefulness of information is by definition subjective (something is useful for a specific person in a specific situation) and relative (bow and arrow might be very useful as weapons but will likely become much less useful once you have access to a gun). An OpenStreetMap that replaces verifiability with usefulness would soon become obsolete because usefulness in contrast to verifiability is not a stable characteristic.

And what all the opponents of verifiability seem to ignore is that giving in to their desires would create huge problems for the social cohesion of the OpenStreetMap project and its ability to continue working towards its goal to create a crowd sourced database of the local knowledge of the world geography in all its diversity. The objectively observable geographic reality as the basis of all data in OpenStreetMap is the fundamental approach through which the project connects very different people from all over the world, many of whom could outside of OpenStreetMap hardly communicate with each other, to cooperate and share their local geographic knowledge. Without this as a connecting principle OpenStreetMap would not function and trying to adopt a verifiability a la Wikipedia instead would not only import all of Wikipedia’s problems, in particular the constant struggle for opinion leadership, it would also not be suitable in the end for the kind of information recorded in OpenStreetMap and the way mappers work in the project.

As already hinted above we practically already have a lot of non-verifiable data in OpenStreetMap. So far this mostly takes the form of an inner fork – there are mappers who actively map and maintain it but the vast majority of the mapper community practically ignores this. There are however also places where non-verifiable statements interfere with normal mapping in OSM – in particular by people trying to re-shape existing verifiable tags with additional non-verifiable meanings.

Non-verifiable data can broadly be split into two categories: Non-verifiable tags and non-verifiable geometries. The most widespread type of non-verifiable geometries are abstract polygon drawings. The traditional approach in OSM to map two dimensional features that verifiably exist but have no verifiable extent is to map them with a node. The node location for a feature of some localizability will usually converge to a verifiable location even if the variance of individual placements of such a node can be very high. But with the argument of practical usefulness or based on a dogmatic belief that every two dimensional entity should be mapped with a polygon in OSM quite a few mappers prefer to sketch a polygon in such cases without a verifiable basis for its geometry. 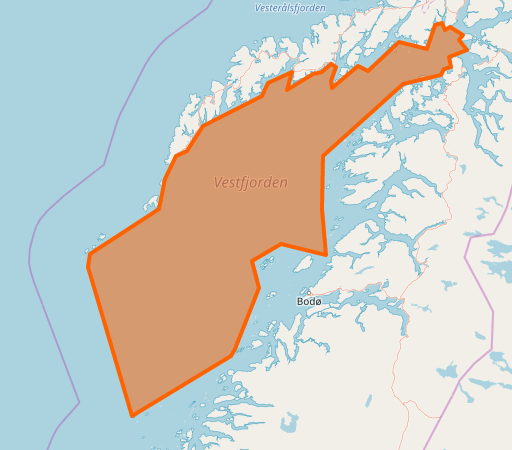 Among non-verifiable tags the most widespread are non-verifiable classifications. Something like i view feature X to be of class A but i can’t really tell what A actually means in a general, abstract form so others would be able to verify my classification. One of the most widespread tags of this type is the tracktype tag which has been used since the very early days of OSM. The psychological background of this kind of tagging is usually that people want to develop a simple one-dimensional classification system for a complex multi-dimensional reality but are either not able or not willing to actually think this through into a consistent and practically verifiable definition. 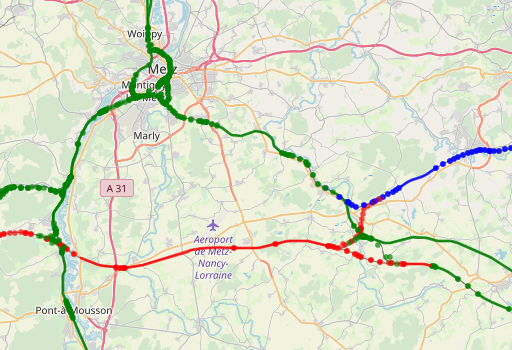 importance tag on railway lines as example for non-verifiable tagging

The other type of non-verifiable tag that in particular more recently became quite popular is computable information. This means statements that can be derived from either other data in the OSM database or from outside data but that cannot be practically verified by mappers without performing the computation in question. Initiatives for adding such data are always based on the usefulness argument. And even though it is quite evident that adding such data to the OpenStreetMap database does not make much sense – both because of the verifiability principle and because of the problem of data maintenance – the practical desire to have certain computable information in the database can be very strong.

What would help to reduce this conflict in OpenStreetMap between those who value the verifiability principle and those who see this as an inconvenient obstacle to adding useful data would be to start a separate database project to record such non-verifiable add-on data for OpenStreetMap. But although this is technically quite feasible the need to build a separate volunteer community for this creates a significant hurdle. One of the motives for people pushing for non-verifiable data in OSM is to get the existing mapping community to create and maintain this data.

The ultimate question is of course if verifiability will prevail in the future of OpenStreetMap in the light of all of this? I don’t know. It depends on if the mapper community stands behind this principle or not. What i do know and i tried to explain above is that OpenStreetMap has no long term future without the verifiability principle as a practically relevant rule (i.e. one that is not only there on paper but one the community actually adheres to in mapping). So it would be essential for OpenStreetMap’s future to communicate clearly to every new mapper that they being welcome in the project is contingent to acceptance and appreciation of the verifiability principle as one of the project’s core values. I think this has been neglected during the past years and this needs to be corrected to ensure the future viability of the project.