It is midsummer here and i have for the occasion two satellite image mosaics made from Sentinel-2 data. 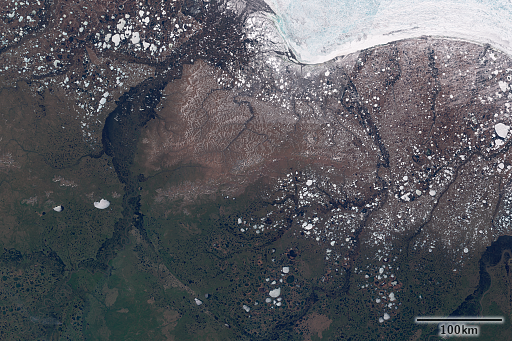 The first one is from the north showing spring thawing in northeastern Russia at the Arctic Ocean coast. Contrast between the southern and the northern part of the image is not only due to the latitude but also because the ocean warms up much slower and much less in the summer sun than the land surface. On a smaller scale you can also see that with the lakes where the larger ones show some remaining ice cover even in the south while the smaller ones are ice free. 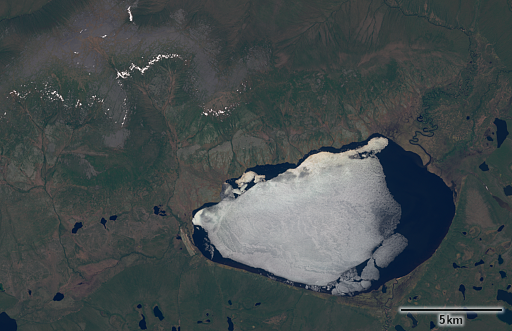 Thawing of the land however is only superficial. Most of the area shown features permafrost since while summer temperatures can occasionally be quite high summers are short (from mid June to mid September) and the winters are very long and cold. 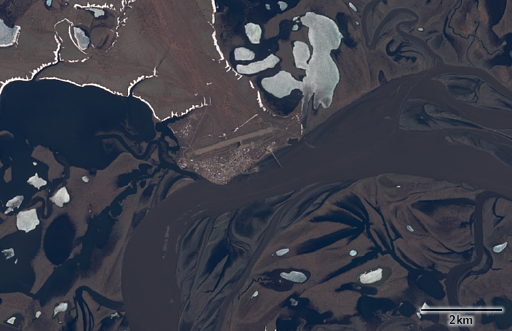 It takes about a month longer until the Ocean is ice free as well and in Autumn the situation is reversed – continuous snow cover starts forming in late September while the Ocean freezes again in late October. 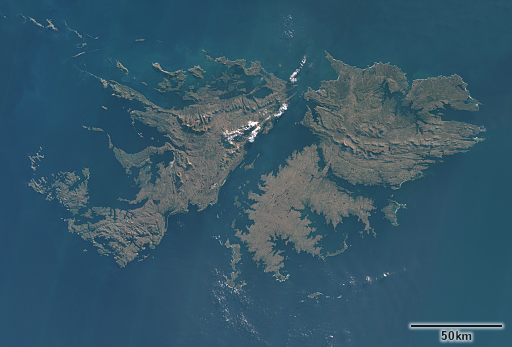 The second image is a winter view of the Falkland Islands. You can compare that to my normal summer mosaic. The low sun position leads to more dramatic lighting here. 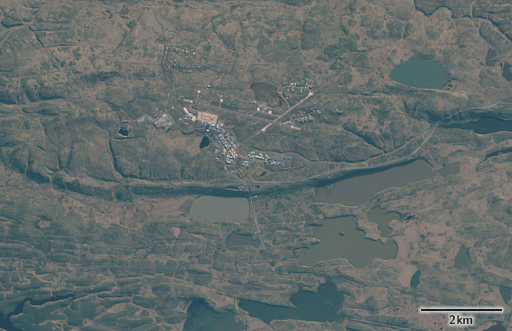 The Falkland Islands also receive some snowfall in winter but it usually does not last very long. 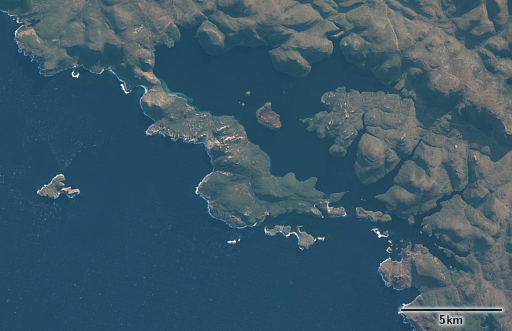 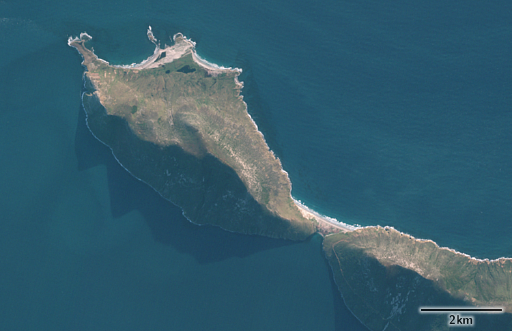 Both images can be found in the catalog on services.imagico.de.