There has recently been some discussion in OpenStreetMap on names and labeling due to some people expressing the desire to abandon the geographically neutral labeling on the OpenStreetMap standard style. One of the things this discussion once again showed is a basic problem in the way names are recorded in OpenStreetMap which I here want to briefly discuss.

The OpenStreetMap naming system is based on the idea that features in the database can have a local name, the name predominantly used locally for the feature, as well as an arbitrary number of names in different languages, that is how non-locals or locals speaking a different language than most name it. The first is to be mapped in the name tag, the latter ones go into name:<language> tags where <language> usually it the two letter code of the language of the name. There are other name tags like alt_name (for an alternative local name) or old_name (for a historic name no more in active use).

The OpenStreetMap standard style renders the content of the name tag and this way is supposed to display the name locally used. This is one of the most characteristic aspects of the map and a highly visible demonstration of OpenStreetMap being based on local knowledge and valuing geographic and cultural diversity. That there are of course people who think it is more important to have another map (in addition to hundreds of commercial OSM based maps) where they can read the labels than at least a single map that can be read by any local mapper all over the world in their local area is obvious but this is not my topic here.

The problem with basing labels on a single name tag for the local name is that then local mappers are often in conflict between tagging the actual local name and tagging whatever they want to see on the map – which might be affected by the desire of uniformity in labeling or to make the map better readable for non-locals. As a result the name tag often contains compound strings containing names in multiple languages, in particular in regions where multiple languages are widely used by locals and there might not even be a single dominant local name. 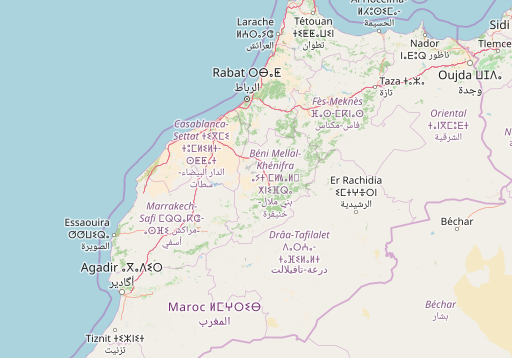 Labels in several languages in Morocco 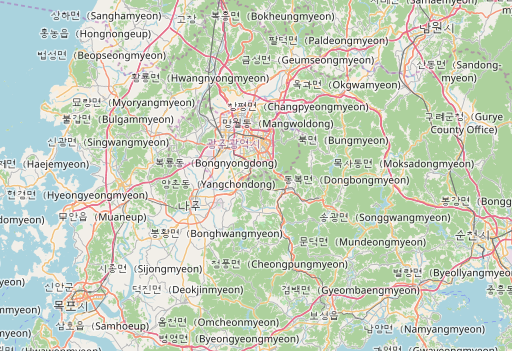 Labels in several languages in Korea

The solution to this problem would lie in dropping the illusion that there is always a single local name that can be verifiably mapped. Instead you would tag the names in the different languages as it is done currently and add a format string indicating what the common form of displaying the names of this feature locally is. Separating the multilingual name data from the information on local name use is the key here.

For example in case of Germany the admin_level 2 boundary relation (51477) would get something like language_format=$de – and there would be no need for further format strings locally except maybe for a few smaller areas with a local language or individual features with only a foreign language name. Switzerland (51701) would get language_format=$de/$fr/$it/$rm and the different Cantons would get different format strings depending on the locally used languages.

The key and syntax for the format string are just an example of course to illustrate the idea – those could be different.

I think the advantages of this concept are obvious:

But i will also mention the main disadvantages of this idea: