As mentioned previously when writing about images of the Antarctic the USGS announced some time ago they’d be starting to regularly record off-nadir images with Landsat 8 of the polar areas beyond the regular Landsat recording limit. As likewise mentioned these areas are also not covered by Sentinel-2.

A few days ago the first set of such images since the early ones from May 2013 i also wrote about previously was recorded in the Arctic in northern Greenland.

The path chosen is slightly different from the one from May 2013 which is shown here for comparison.

Note both images are in polar stereographic projection so they are not north oriented. Both cover all land areas that are not in the regular Landsat coverage.

The new images are not completely free of clouds but fairly clear overall. Mid July is not yet the snow and ice minimum, especially ice of lakes and at the coast is going to melt further in the coming weeks. But the time chosen is a good compromise between snow and ice on the one hand and sun position on the other. And it is possible that further images are going to be recorded in the coming weeks although likely not as many as in the Antarctic half a year ago since this much more interferes with regular image recording on the northern hemisphere because you cannot instantly switch between normal and off-nadir image recording.

Here a few crops from this new imagery showing the northmost land on earth. 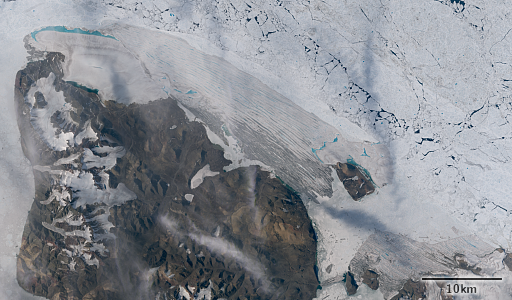 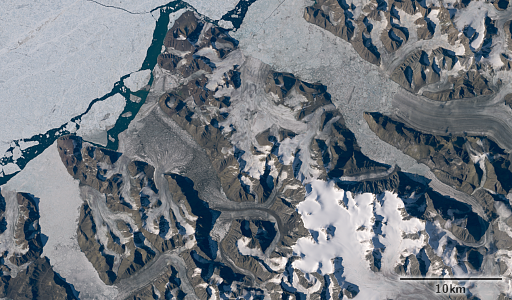 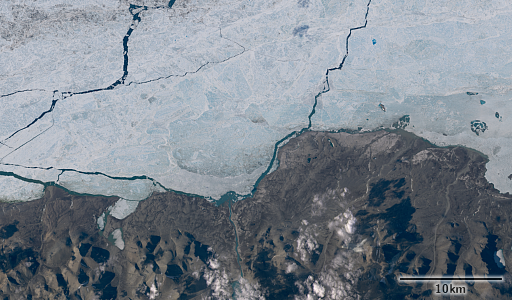 You can also find these on the OSM images for mapping – together with a few ASTER images of northern Ellesmere Island likewise from the past few weeks. Overall with regards to mapping in OSM these areas, which a few years ago were hardly mappable at all, have now a significantly better and more accessible image coverage than many other parts of the planet.