The State of the Map conference of 2020 has recently published two logo designs for T-shirts and stickers and i want to have a few comments on cartography and design of those here.

Although i don’t know when these designs have been originally developed they seem to kind of reflect the overall weirdness of the virtualized conference which – while the conference being completely non-physical – tries to maintain the impression and the characteristics of a localized physical event as much as possible and unfortunately IMO also retaining much of the exclusivity of a conference where the costs of participation for the average visitor would have been in the order of EUR 1000 or more. While the virtual conference is open for participation as visitors to anyone without charge the main program consists of talks only by people who were originally willing and able to travel to South Africa for that purpose. But that is subject for a different blog post. This one is about cartography.

The designs developed for the conference you can find here (developed by Bernelle Verster, CC-BY-SA 4.0): 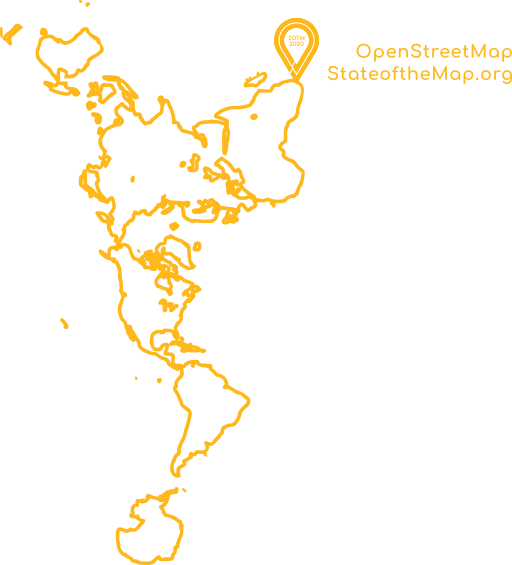 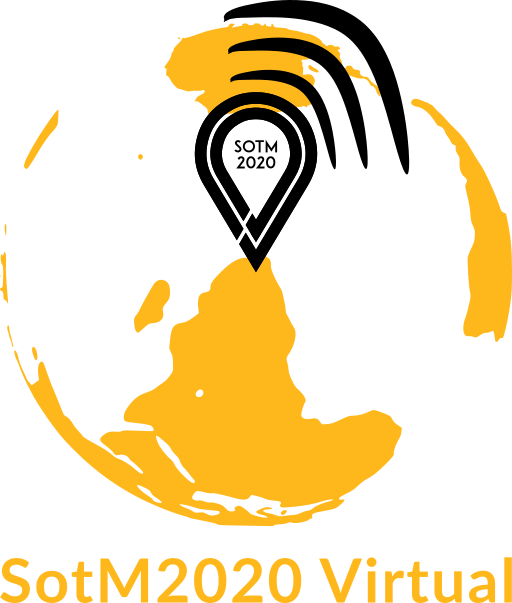 First of all it is refreshing to see that neither of these show a mercator map. That is promising and admirable considering the overwhelming dominance of the Mercator projection in the OpenStreetMap world where Earth is essentially a square and the vast majority of people who produce maps and the vast majority of OSM specific data processing tools for map production know nothing else.

So what map projections have been chosen here? The first one uses the Dymaxion or Airocean projection. This is a variant of the class of icosahedral projections which map the approximately spherical surface of Earth to an icosahedron and then cut this open in some fashion to create a flat map.

The Dymaxion projection is somewhat more complex than plain icosahedral projections because it in some cases does not only cut along the edges of the icosahedron but through the faces. Combined with an optimized rotation of the icosahedron this allows a continuous display of the land masses of Earth with no larger land areas being cut and the rather limited distortion of mapping the spherical surface to the icosahedron faces leads to a overall very low distortion map. 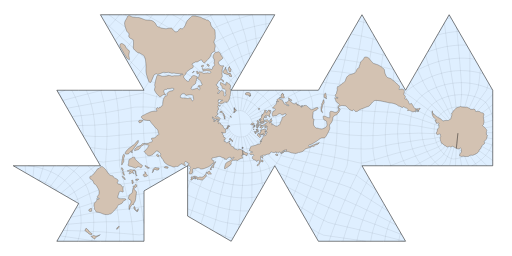 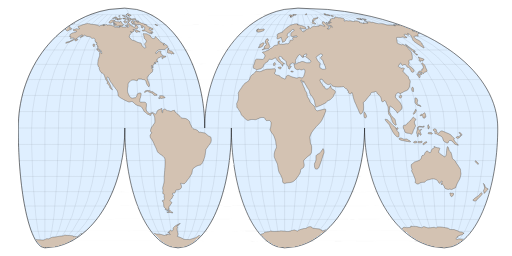 Example of other interrupted projection

The advantage of the interruptions is that they allow the map to combine low scale and shape distortions within the non-interrupted parts of the map. They however have the disadvantage of being completely unable to properly represent relationships across the interruptions. In case of the Dymaxion projection the interruptions are placed over the ocean and as long as the map user is only interested in land areas this is fine. Things like the proximity of Africa and South America across the Atlantic Ocean however are not properly represented.

Another property of this projection is that there is no alignment whatsoever to the earth rotational axis. Some consider this an advantage claiming the Earth is spherical and without any direction having particular significance. This however neglects the fact that the rotation of the Earth is of fundamental importance for the planet and a map projection where this is not taken into account is poorly suited to illustrate climate zones or other phenomena related to the Earth rotation.

For a South Africa conference logo this map projection is an interesting choice because South Africa is located at the far periphery of the Dymaxion map – opposite to the main axis of the map formed by the Pacific Ocean rim. I am not sure if this was a conscious choice of the designers but in a way the Dymaxion map very prominently celebrates the unique position of southern Africa on Earth.

There are a number of peculiarities in the actual image of the T-shirt design. One is a phantom island in the Pacific Ocean west of the Galapagos Island which does not exist in the real world. The other is the incorrect location of Kerguelen Island ad the upper edge of the map only about half the distance from Australia compared to its actual location. 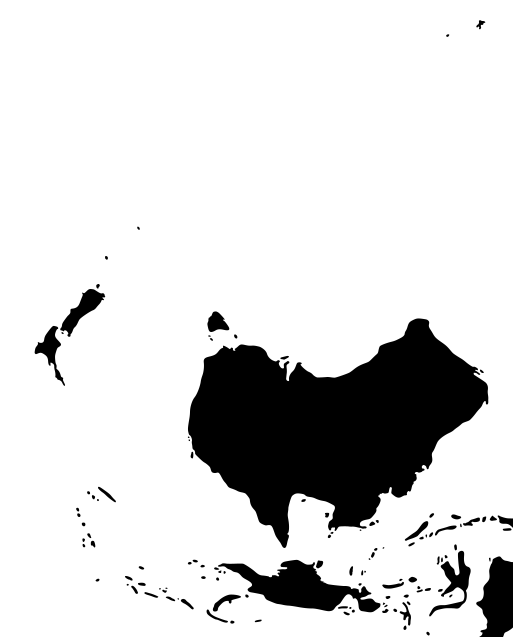 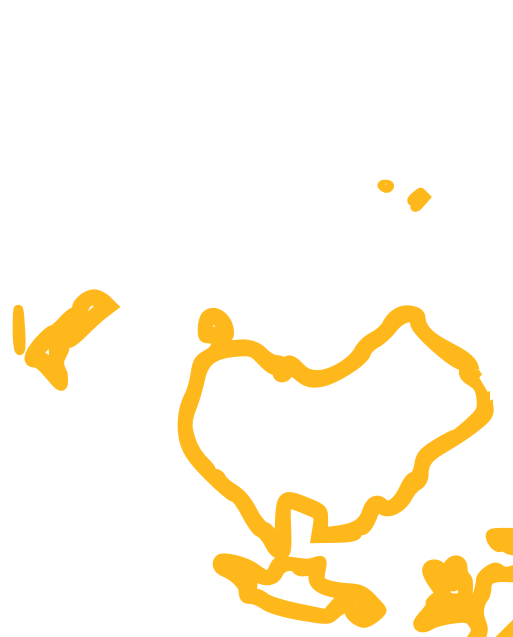 The sticker design in a way goes into a completely different direction and uses an orthographic map projection with southern Africa at its center. This essentially is the appearance of the Earth from infinitely far away above this location. It shows half of the planet only obviously – which might make people from North America especially uncomfortable possibly.

As an additional quirk it uses approximately a south up orientation – which positions the Antarctic approximately where the logo covers the map.

The sticker map brings me also to the second topic of this post – the cartographic generalization pitfalls of designing maps like this. The problem you are dealing with here is that for a T-shirt or a sticker you do not want an excessive amount of detail, you want a clear map where the shapes of the geography are well recognizable. This is a standard task of cartographic generalization but unfortunately maps like this are rarely made by actual cartographers. The most obvious problems with the generalization used are that the Red Sea, the Mediterranean Sea and the Black Sea are degraded to lakes in the Sticker design. That is a big no-no in cartography (although we see this also in interactive online maps which are often designed by software developers which unfortunately often leads to a neglect of the cartographic side of things).

One other issue – which is unfortunately also fairly common in other small scale maps – is the inconsistency in what islands are shown and not shown on the map. The Dymaxion map displays Hawaii, Galapagos and even the South Orkney Islands but neither the Falkland Islands or the Lesser Sunda Islands or New Caledonia.

Neither of the maps probably use OpenStreetMap data as a basis – which is a bit ironic for an OpenStreetMap conference of course. They even seem to use a different data basis which is visible in the Antarctic where the Dymaxion map misses the Ross Ice Shelf but includes the Filchner–Ronne Ice Shelf while in the sticker map it is exactly the other way round. I hope this illustrates that taking care in data source selection and using accurate data of known and consistent quality is not something you can simply forgo when doing small scale illustrations. Though common practice already in pre-digital times picking a possibly decades old data set of unknown provenance out of convenience because it has already been preprocessed for your needs is rarely a good idea and often leads to replicating errors.

inconsistent rendering of the Antarctic in both maps

To demonstrate that and how these issues can be improved upon i prepared alternative versions of both designs. You can see and download them below. All of them are under CC-BY-SA like the original designs. Using ODbL OpenStreetMap data.

The projection of the sticker map is – although very similar – not completely identical and i produced different variations of the T-shirt design with different generalization levels and rendering styles of the coastline. Further individualization is encouraged.

I hope both the discussion of the issues with the maps in these designs and the demonstration of improvements to those help designers producing such illustrations understand better how quality cartographic work is at the core of any quality graphics design work involving maps. And maybe the few examples discussed here provide the interested reader a somewhat better idea of what constitutes quality in cartography in particular at small scales. 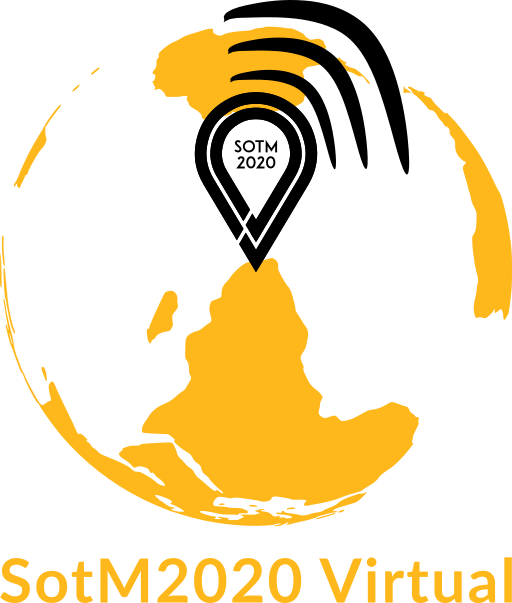 Just the map without logo and text 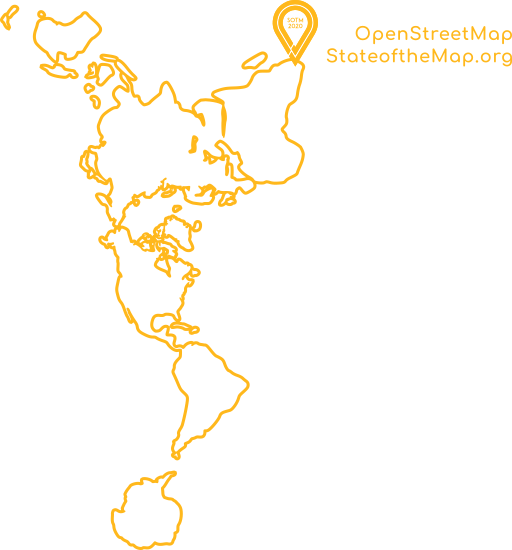 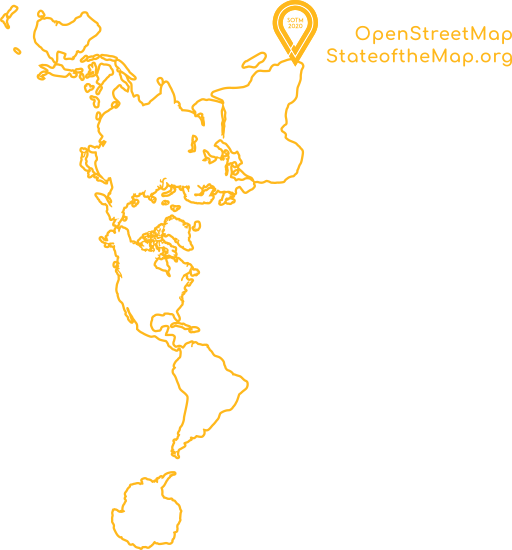 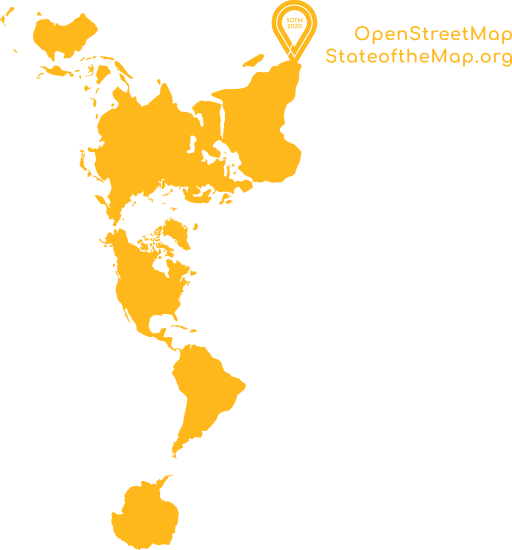 These are of course also examples of the map design and cartographic data generalization work that i am offering – if you have need for such services you are welcome to contact me about that.